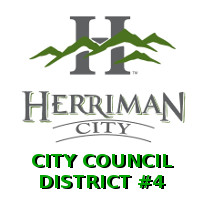 Here is my original question for the candidates on the topic of the city lobbying:

Recently, the Salt Lake Tribune ran a story about West Jordan spending hundreds of thousands of dollars on lobbying firms to try to affect the votes of elected officials in the state legislature in the city's favor. Sandy City has been reported as having a relatively high lobbying budget in years past as well.

Mayor Freeman wrote in a city newsletter this last Winter that he joined a "transportation coalition" to ensure that Herriman's voice was heard on transportation issues. Most residents likely read that report without blinking an eye, not realizing what Freeman was saying was that Herriman was partly funding the ridiculous amount of radio, TV, and newspaper advertisements that ran during the legislative session promoting large increases in transportation funding. Nowhere in the mayor's report did he indicate how much the city paid to be a part of this lobbying and public relations effort.

I personally think cities shouldn't be hiring lobbyists. They should be working directly with elected officials that represent the city. But if a city decides they need to work with a lobbying group, that should be disclosed and the amount of funds spent should also be disclosed.

What is your position on the city funding lobbyists? 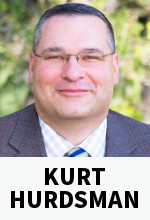 Yes our city officials should be working directly with our elected officials and not through lobbyists. However, given many positions are not full time elected positions there may be times where it makes sense to hire lobbyists for their expertise and access to their network of connections. So when appropriate it should be done with full disclosure. 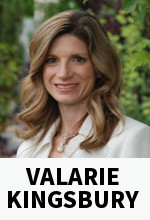 I had a great talk with Mayor Freeman about why Herriman City utilizes lobbyists. Several valid and important reasons he brought up were that Lobbyists know the elected officials not just in our area, but from around the state. For a Mayor to know and influence law makers from around the state would be extremely difficult, if not impossible. Lobbyists know how to negotiate, what is reasonable to ask, and how bills are written. They are also dedicated to be up on the hill during the entire session. Lobbyists fill the gap where a Mayor needs to be running the day to day operations of the city. Mayor Freeman also pointed out that the Lobbyists for Herriman City have brought in far more money to the city than we have spent. Mayor Freeman spoke to me about the Transportation Coalition and the importance of HB362 which it supported. As I understand it, this will bring in $1,000,000 to Herriman City and will look at the feasibility of a road from Herriman to Tooele. Plus, HB362 also adds to the ballot this November a vote to increase the Pump Sales tax so that Cities get an increase to help maintain their roads. I also agree that disclosure of the funds used in conjunction with the amount brought back by the Lobbyist efforts should be disclosed. With this understanding, I do support Lobbyists. 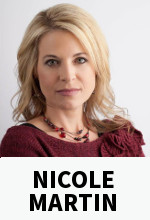 This is one issue where we will differ slightly. I absolutely agree that if a city uses lobbyists that should be fully disclosed with the amount paid. I also agree that a city should be actively engaged with their representatives year-round. Where I differ with you is that I see tremendous ROI with a city hiring a lobbyist.

The number of bills tell the whole story for me, with approximately 1,200 bills requested by lawmakers during the last session. Legislators who are up there continuously cannot possibly know the content of all of those bills, much less cities that either have no direct representation or very little. Cities are always short-staffed as it is, with most cities not having the luxury of having an employee spend 45 long days and nights up at the Capitol. Some cities have a person given that responsibility, knowing it puts them entirely "out-of-pocket" for the duration. That is rare, with most not sending anyone and relying on the efforts of the Utah League of Cities and Towns. Having been up at the legislature, I can tell you all cities benefit greatly from the few cities that have the luxury of sending individuals and having lobbyists. The sheer number of bills coupled with the very real potential for many of those bills to negatively impact cities is simply too great to not have active representation. Lobbyists and/or full-time legislative employees offer the following benefits for a city:

I understand that many do not think this is a prudent use of taxpayer dollars. I will simply say, I disagree. The game is what it is and one can stand on the sidelines out of principle or one can engage and make a change for the better for their city. I would take this discussion beyond receiving funds (and the negative "earmark" connotation) and take it to the issues, because I think that is far more important. Every session, there are bills that would negatively impact cities if they passed and it is our duty as a city to make sure our residents are not negatively impacted by a poorly-constructed bill that either fiscally hurts a city, requires a policy change or one that takes away powers that would leave a city, and by extension its residents, powerless.

One quick example is the fervor over police body cameras. The national outrage trickled down to Utah, with several bills seeking to immediately put body cameras in place with a multitude of restrictions. As the session moved forward and the sponsor spoke with lobbyists, police representatives city employees and the Utah League of Cities and Towns, it was found that most departments already have a policy in place and not only is the legislation not needed as written, it had every potential of being hazardous. This is the type of issue that could easily have gone under the radar and been passed without cities realizing they would be subject to a law that was not what was best for their community.

From a simple bottom line mentality, Sandy City or any other city I'm aware of have never NOT received substantial ROI from their lobbying investment. For an approximately $40,000 lobbying investment, Herriman received $800,000. Meaning, tax payers benefited from the investment. I do understand the reasoning that appropriations are simply taxpayers paying from one pocket and receiving in the other and don't disagree with the principle, but from a pure dollar and cents mentality and funding to meet city needs, I find lobbying to be beneficial. 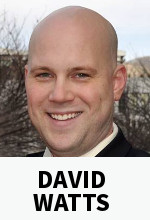 I can see the benefit of using lobbyist, but I agree that the direct relationship with legislators is the far better way to influence policy. However, I believe in transparency and honesty. If you are paying for something, the taxpayers have a right to know how we are spending that money. I will continue to work as I have for the last two years to increase transparency and include residents in any City process.

All of the candidates seem to support the idea of the city using lobbyists to affect state and federal legislation. The idealist in me still finds the concept distasteful. I would think a resourceful city leader could organize concerned city residents to contact legislators on important issues, even arrange to serve these individuals lunch on the days they might spend at the state capitol on behalf of the city. That would be far less expensive than paying a lobbying firm and legislators would be interacting with real, concerned people, not paid lobbyists who could easily have a conflict of interest on any given issue and don't really have a dog in the race besides getting paid.

All of our candidates agree there should be more transparency to the public about how the city spends money on lobbying.

All the candidates' stances are aligned relatively close to each other. I declare it a draw.