Absolutely vote NO on Proposition 1

For residents in Salt Lake County, there is a tax increase proposition on the mail-in ballot due November 3: Proposition 1. I strongly urge all residents to vote NO on this proposition.

If passed, this proposition would raise sales taxes on purchases in Salt Lake County by 0.25 percent and the revenue generated is to be used to fund transportation projects including: 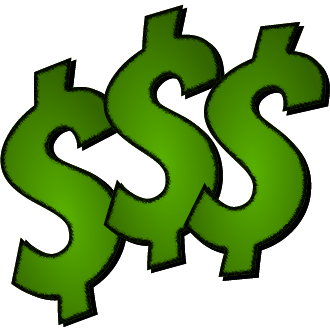 Why this a bad idea?

There are many reasons why Proposition 1 should be voted down. South Jordan mayor David Alvord penned an op-ed for the Deseret News which covers many of the reasons. I'll go into a little more detail in this post.

We already had a transportation tax increase this year!

During the 2015 legislative session, the Utah Legislature passed HB362 which raised and restructured the taxes we pay to the state at the gas pump. Part of this increase has already gone into effect and another increase will take effect January 1, 2016.

The additional revenue from the gas tax increase is earmarked for infrastructure improvements and public transit projects.

Incidentally, HB362 is the reason we have this proposition on the ballot now. It allowed local governments to ask voters for an additional quarter percent sales tax increase to fund transportation. Voila.

It makes sense for some local governments to ask for more money because they have greater infrastructure improvement needs. I understand there are some roads in rural areas with bridges that haven't been updated since the mid 1900s and are badly in need of some improvement. Infrastructure in Salt Lake County, on the other hand, has been maintained actively and continually, receiving necessary updates pretty much as-needed. We don't need these additional monies!

A whopping 40 percent of the revenue generated by the proposed sales tax goes to the Utah Transit Authority, the agency responsible for operating buses, TRAX, and FrontRunner.

UTA is hardly deserving of additional funds. 80-95 percent of UTA's budget is currently subsidized by tax dollars. Some subsidy is understandable, but this is ridiculous. UTA needs to figure out how to stand on its own and operate with less public assistance. Other transit agencies do it.

UTA could start by expanding bus service instead of rail service for new service routes as buses are far cheaper to operate, are more flexible to work with, etc. They could stop paying out executive bonuses during years they do not meet their operational goals (almost every year.)

Finally, as stated above, UTA is already getting an infusion from the statewide gas tax increase already passed during the legislative session.

Cities will not be able to use funds from this sales tax increase to fit their unique transportation needs. Instead, as I understand it, the proposition requires them to maintain a maximum level of transportation spending to receive the additional funds.

This means if your city just spent a bunch of money to complete large transportation projects, they won't benefit from the Proposition 1 sales tax increase unless they continue to spend that same amount year after year. For some cities, it simply doesn't make any sense to do that.

Salt Lake County residents with a good memory may remember the bombardment of advertisements on radio, television, billboards, etc. during the last legislative session about Utah's need for more funding for transportation. What most people may not understand is that those advertisements were paid for by a transportation coalition comprised of the Salt Lake Chamber of Commerce and several city governments (including my own Herriman City). Nobody knows exactly how much money government agencies dumped into this coalition but based on the barrage of advertisements we were subjected to from December 2014 until March 2015, it wasn't a small amount.

This, in my opinion, is not good government. Those dollars spent is your money. You were taxed so that the city could lobby for you to be taxed even more?! That's just not right!