How I met my wife

In November 1993, I was a student at Utah State University studying Computer Science. I had attended USU since Spring 1990 with the exception of a couple of quarters I spent working full-time.

The Internet was still quite young in late 1993. Students and staff at USU used a DEC Alphacluster microcomputer system running the VMS operating system to send e-mail. Mostly, however, it was used for communication with other staff and students at USU.

It was through the VMS system that Christine and I met online in November 1993.

In addition to e-mail VMS featured a program called PHONE that let users text-chat with each other in real time. PHONE was a great way for two people to have an online conversation, but it also supported conversations between more than two people. Users that were already chatting could add other users to the "call," essentially creating a text-based conference call.

One day, Christine and I were both invited to one of these multiple-user conference calls using the PHONE program. A short time later everyone else left to go to class or something, leaving us... alone.

That's when I put my incredibly lame moves on Christine.

I asked her how wild she was. She replied that she had toilet papered someone's house before. I asked her if she drank. She said she had been known to drink a Pepsi from time to time. I can only imagine now the eye rolling that was occuring on her side of the conversation.

We made more small talk and then ended the PHONE chat. Over the next few weeks, we would chat online some more. One time, I did some sluething and figured out the IP address of the computer she was using to connect to the VMS system and, using that, was able to figure out where she sitting in the library computer lab. I made my way there to see what she looked like. I liked what I saw.

Christine and I chatted some more in January after Christmas Break. Finally, in early February, I invited her to go to lunch with me. She met me near the library and I drove her to La Patisserie, a small local European restaurant on Main Street in downtown Logan.

As we talked over lunch, I asked Christine why she was at Utah State. She said she had received a presidential scholarship from USU. She added that she had family that lived near USU in Cache Valley. I asked her where these family members lived. She told me her grandparents lived in Hyrum.

I had lived in Hyrum, with my sister, before I went to USU and wondered if maybe I knew her grandparents. Who are they? I asked. She told me their names and I nearly fell out of my chair. Christine's grandparents lived across the street from my sister. I knew them well and I knew Christine's aunts and uncles. In fact, I knew about some of the goings-on in her family better than she did.

That's how we finally met. We began dating exclusively a couple months later and we were engaged in mid-May. We got married in December. 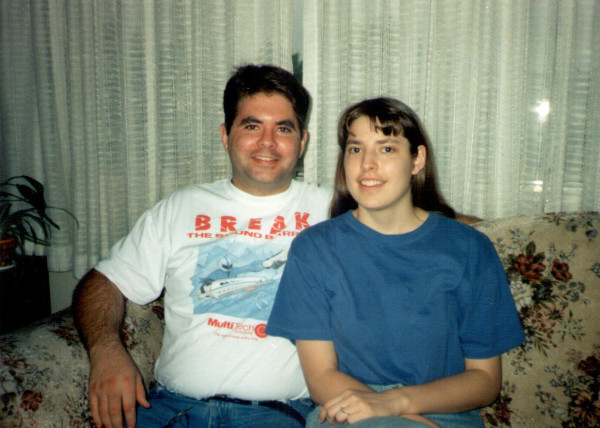 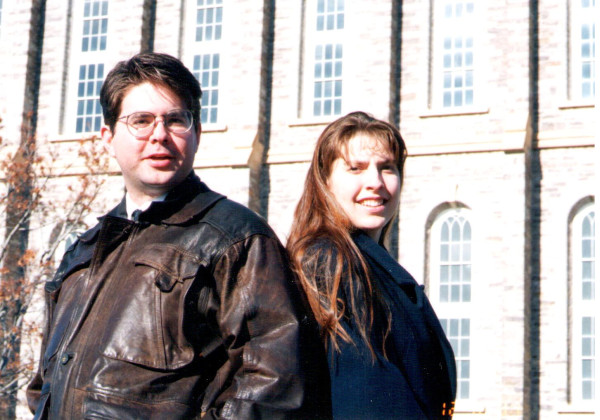